The Goldilocks principle states that something must fall within certain margins, as opposed to reaching extremes. When the effects of the principle are observed, it is known as the Goldilocks effect.

Astrobiology uses the Goldilocks principle in the argument that a planet must neither be too far away from, nor too close to a star to support life; either extreme would result in a planet incapable of supporting life. Such a planet is colloquially called a "Goldilocks Planet".

This is a view of the sky, showing all the known exoplanets (1,942 confirmed exoplanet discoveries d.d. October 9, 2015) and their host stars. Star size, color and position, as well as planet size, orbit and period are based on data.

All known exoplanets and their host star 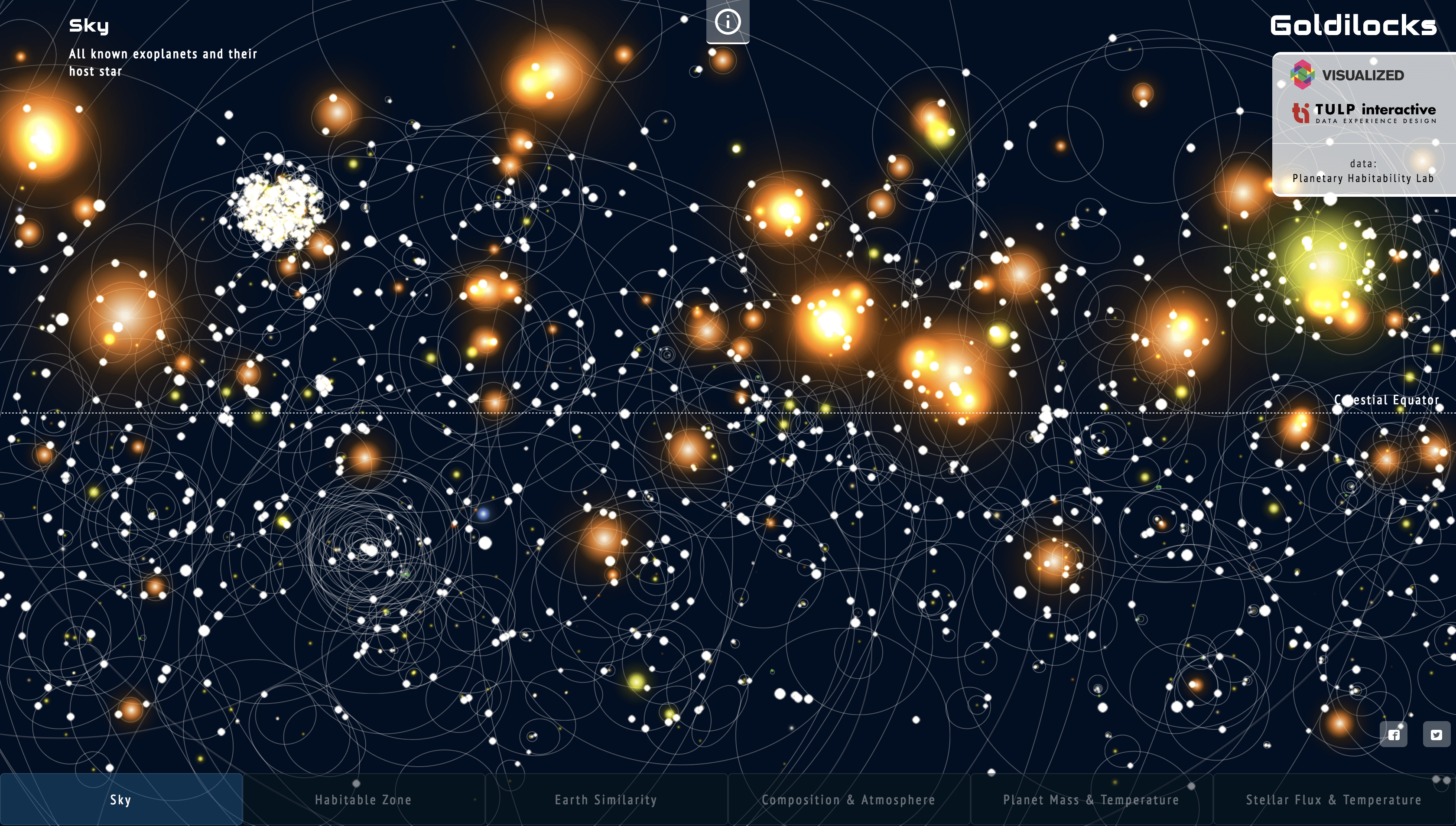